in the Greenville SC and Spartanburg SC area. 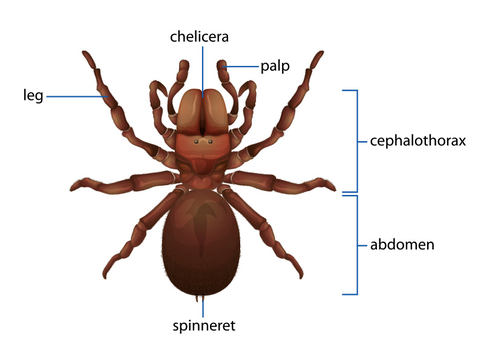 ​Spiders can be found almost anywhere, except for polar regions or areas with extreme elevation.Spiders are predators that eat many different insects and sometimes even other spiders. Once its prey is caught, a spider will use its fangs to inject the prey with a venom that paralyzes the prey and makes it easier for the spider to digest. Spiders can be grouped into two categories based on the way they catch their prey, either hunting or web-building. Hunting spiders will hide and attack when prey is near, while web-building spiders create silk webs and wait for their pray to become trapped.

Female spiders can lay anywhere from only 20 eggs to hundreds of eggs, depending on the species. These eggs are laid in a silk sac and will hatch after several weeks. Once hatched, some spiders will travel by wind to their new home using kites they’ve created from their silk. This process of dispersing is known as ballooning.

While often considered dangerous or scary, spiders can be beneficial as they eat many common household insect pests. Out of the 3,000-4000 species of spiders found North America, only two have serious bites that can be harmful to humans. These are the black widow and brown recluse spiders. 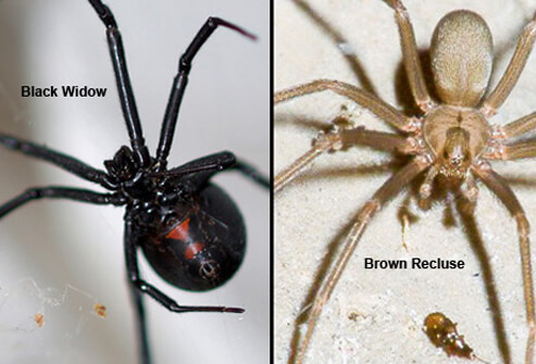 ​Spider bites are uncommon as spiders are naturally timid and nocturnal. Spider bites occur most often when a male spider is out looking for a mate and are disturbed by people cleaning out storage areas or putting on shoes or clothing they rarely wear. If you are bitten by a spider, clean the bite area with soap and water then apply a cold compress. If bitten by a poisonous spider like a black widow or brown recluse, elevate the bitten area and tightly tie a bandage above the bite area to slow the spreading of venom. Seek medical attention if symptoms start to develop, and try to capture the spider so that your doctor can identify the species and provide the correct treatment.

Spiders In The House Or Garden

​Spiders like to create homes in calm, sheltered areas like a basement or an attic. Spiders common to South Carolina include:  If you do see a spider in your home, it is best to remain calm and remember that most will not bite.

T​he best way to keep your home is spider free is to prevent them from coming in and building a nest or web. Keep storage areas and other rooms in your home free of clutter, and be sure to remove any webs with a broom or vacuum. Outside, keep your grass short and keep any bushes and trees trimmed back away from your home. Be sure that any cracks in your foundation are sealed. Reduce outside lighting that may attract the insects spiders eat, or use yellow lights installed away from the home.

The key to getting rid of spiders in your home is to eliminate their food source, which can be common household pests like flies or ants. A Pest Management Solutions Professional has all the tools and skills necessary to identify any potential spider food sources and can determine the best solution to remove spiders from your home.

So if your in the Greenville SC or Spartanburg SC areas Call Today 864-430-6785
We have treatment methods for the following pests: As well as general pest management, eco-friendly services,  residential, commercial and restaurant services.